Paola Badino’s wine farm ‘Casa Nuova’ (Italian for New Home), located in Rocca Grimalda town, has been placed for more than a century on a small hill, like a terrace made of earth and vineyards, facing San Giacomo’s hamlet. From the house the sight space out to Silvano d’Orba, then proceeds to the Ligurian Appennines. We are talking of the territory named “Ovadese”, a frontier land between Piedmont and Liguria regions, a land that in 1800 still was covered in vast forests of chestnuts and durmasts, gradually cut down to make place good for vine colture. Was in fact with a great deforestation work that Francesco Badino, in 1886, bought the first plot of land in which he started the construction of his “Casa Nuova”.

Francesco wished to have a large family, and from his wife Rosa had 5 children, two girls who got married with  locals, and three boys. Between them, Giacomo, the elder, was designated to succeed him in the direction of the wine farm with the help of the second-born, Domenico, while the younger brother Federico had to assert himself outside of his hometown, and was one of the first fallen during Word War II, unluckily a pilot of Regia Aeronautica.

But for Giacomo, who handled the wine farm from postwar to the 70s, and for his son Francesco, who succeeded him in the following three decades, following the “progress” always meant to follow a precise tradition of quality in both grape harvesting and vinification process, always made in the wide cellar under the house.

Because of this, “Dolcetto d’Ovada” DOC and “Barbera del Monferrato” DOC produced at “Casa Nuova” are born from vines that are in great part hundreds years old. The extraordinary vines longevity is due to the particular care given in the period of pruning, alongside with the favourable exposure to sun, wind and to the soil characteristics. Grape harvest is also always done by hand, so that is possible to do a fast selection of the bunches: only those that are perfectly mature will become wine.

Since 2000 the “Casa Nuova” has been radically improved, giving a new meaning to the work spaces and to his name; in 2012 the farm decided to go green, installing photovoltaic panels to produce clean and renewable energy. In 2015, again  with special care for the environment, Casa Nuova decided to convert to organic cultivation to obtain a more and more healthy product for the consumer, reducing environmental impact to the territory, giving the vines the possibility to grow in an healthy soil, uncontaminated by chemical or synthetic products. In the grape harvest of 2018 was produced the first wine with a biological certification and consequently the possibility of showing on the label the pertaining logo; this is not an easy achievement to obtain, in 2018 the grapes harvest obtained the biological certification and consequentially the possibility of showing on the label the pertaining logo. This is not easy achievement to obtain, this because wine farms undergo through frequent controls from the competent authorities that test the conformity of the farms to the law; our corporation is Valoritalia. These innovations are a great incentive for Paola Badino and his family, an incentive to continue the vine cultivation and to transform grapes in robust and refined wines, that can resist perfectly even a long  ageing.

Today is not simple to be dedicated to agriculture, but the love for your own land, the passion for properly done work and the tenacity to continue in spite of adversities are fundamental requisites to obtain an high-quality product, from these things we get the satisfaction to carry on in the effort of every day.

Our long story in a few photos

in 2018 the grapes harvest obtained the biological certification and consequentially the possibility of showing on the label the pertaining logo.

Paola, Francesco’s great-granddaughter, in 2015 begun with the biological cultivation of vineyards, without using chemical products of any sort for the care of the vines.

The choice of going green

in 2012 the farm decided to go green, installing photovoltaic panels to produce clean and renewable energy. 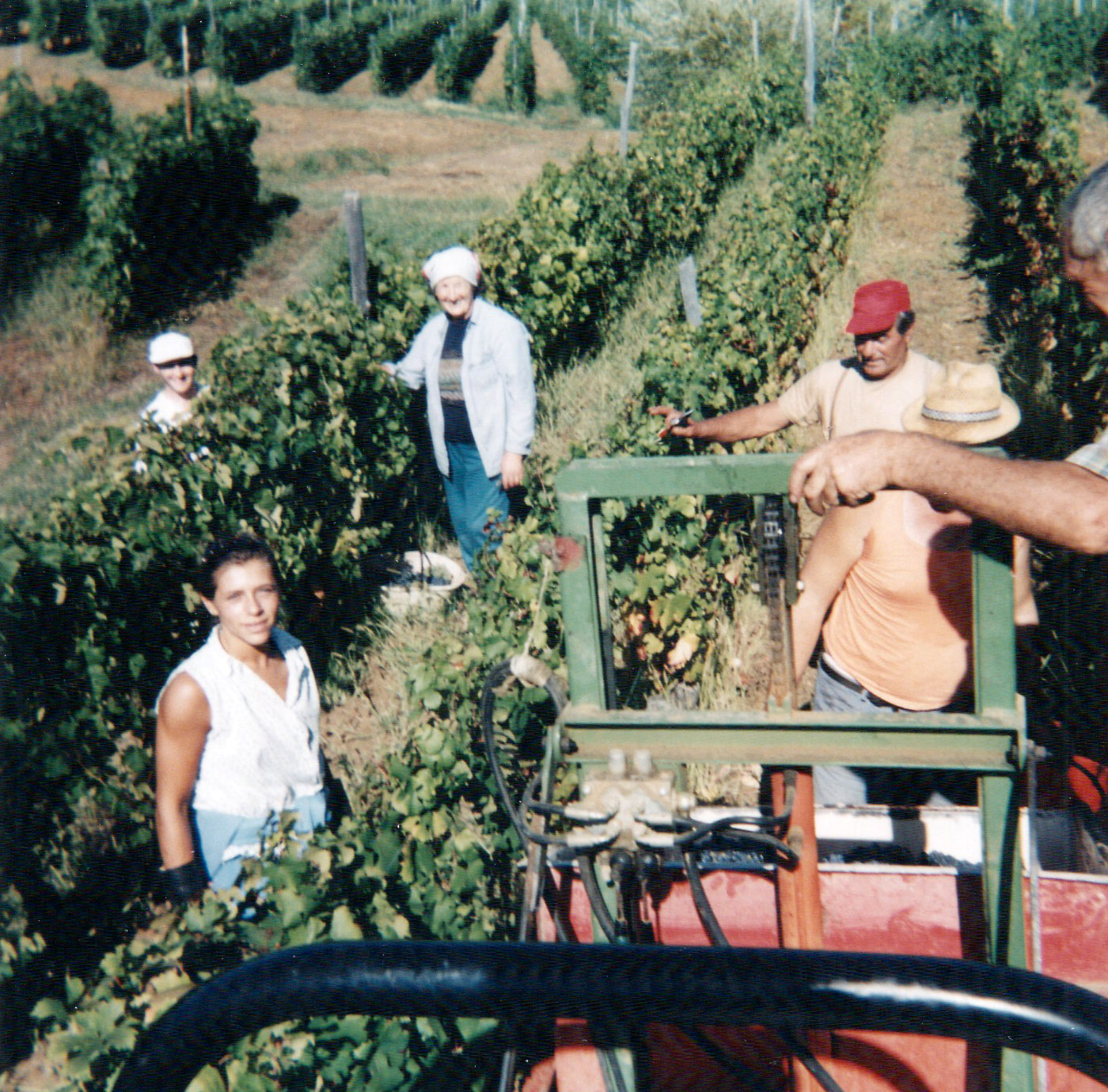 Since 2000 the “Casa Nuova” has been radically improved, giving a new meaning to the work spaces and to his name. 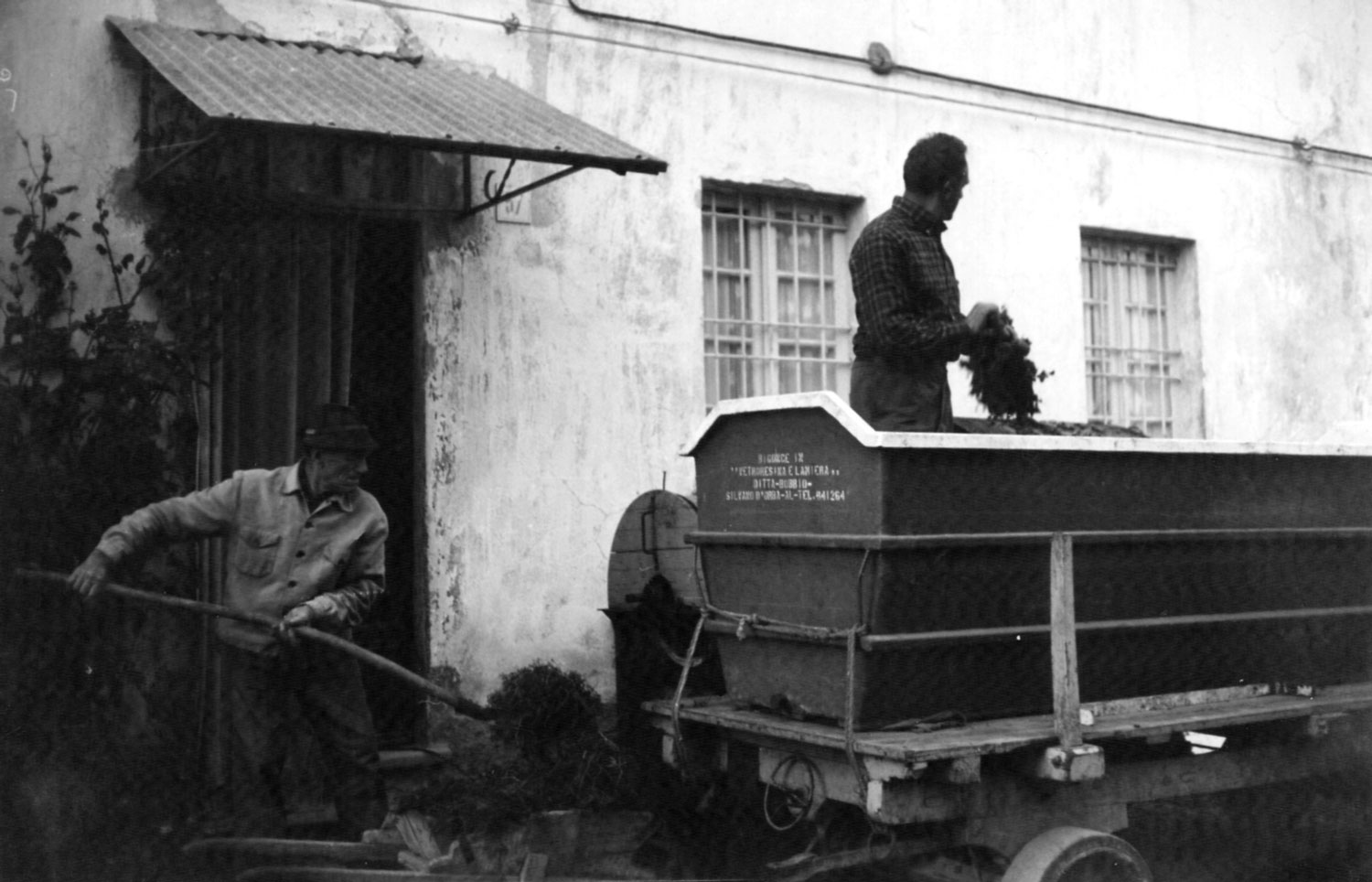 The beginning of the story

Was in fact with a great deforestation work that Francesco Badino, in 1886, bought the first plot of land in which he started the construction of his “Casa Nuova”.